Fighting depression is a daily battle for some people who have “tried everything”. Certain forms of depression have been labeled “Treatment Resistant” and “Chronic” because they simply refuse to let go for any real length of time.

Usually, depression is a highly treatable condition. The majority of us have or will have experienced an episode of major depression in our lives. The most notable effect is a loss of energy.

There is a common misconception that depression always comes with feelings of sadness. Many times irritability is the primary emotional component. This is especially true with depression in men and frequently with children and teenagers.

Most psychiatrists and therapists will start by “ruling out” a medical problem before beginning therapy for depression. This is most often accomplished by a trip to your family doctor for a physical exam… Fighting depression takes teamwork.

Some medical problems to look for…

The standard diagnostic manual, the DSM-IV, outlines the following criteria for a Major Depressive Episode.

A. At least five of the following nine symptoms must be present during the same two week period. A minimum of five symptoms and must include either of the first two symptoms.

B. The symptoms do not meet criteria for a mixed episode (mania and depressed mood)

C. The symptoms cause clinically significant distress or impairment in social, occupational, or other important areas of functioning

D. The symptoms are not due to the direct physiological effects of a substance (e.g., a drug of abuse, a medication)or a general medical condition (e.g. hypothyroidism)

E. The symptoms are not better accounted for by Bereavement, such as a reaction after the loss of a loved one 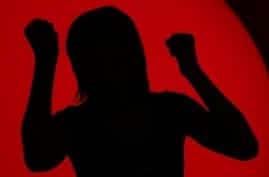 When depression responds to treatment all is well and good. However, when it doesn’t respond to treatment the fight begins. Professional helpers like to help… being human they can get frustrated too when everything they try fails to resolve the problem.

When fighting depression becomes an all-out war someone is going to lose and it’s not usually the depression. Symptoms are our friends, they tell us where to look for problems. Depression is usually a symptom of something deeper.

Fighting depression when it may be trying to tell us something is like throwing the baby out with the bath. Therefore it is important to listen to your symptoms as you proceed in therapy. If all avenues have been explored, all medicines have been tried, all personal archeology completed, and all interventions exhausted and yet the depression remains it may be time to consider that it has simply become a chronic steady-state.

If this is the case then homeostasis is the likely culprit and fighting depression will require a new plan. One that requires daily commitment and hard work… something that is hard to ask from someone suffering from depression but none-the-less necessary.

Fighting Depression When it’s a Steady-State

A good way to tell if you have a “treatment-resistant” depression, also known as “chronic” depression, is that you will notice an internal resistance to reading this information. If you haven’t noticed it yet, some part of you will begin to rise up on the inside and say things to you like…

If you are familiar with this kind of self-talk you are at the right place… I congratulate you for reading this far. It may be a struggle but you can force yourself to read on and even consider some of the suggestions here to create your own plan for fighting depression. Since depression is an illness of isolation…and according to most, exacerbated by a lack of healthy connection to others, creating a support network is a required part this new plan for fighting depression.

There are many ways to create a support network. Friends and family can be a great source of support…or they can be part of the problem. If you are fighting depression that is chronic or long-term, chances are they’ve tried everything they know to help but are as frustrated as everyone else. They may even accuse you of not wanting to get better.

If your family and friends remain supportive… that’s great! But for this plan, you also need a network of people who really know what you are dealing with, who have been there and done that, who have found a way out… and most importantly people who won’t try to do it for you. More on this in a moment.

Also if depression has become a chronic steady-state, then it has its roots in unmet childhood dependency needs. If you have not yet read all four parts of the “Iceberg” it would be good to do so now.  Treatment resistance is about self-sabotage, usually at a subconscious level… It’s like the neural network for chronic depression has a boundary around it…a firewall if you will…protecting it and keeping it’s steady-state intact. There is a multitude of ways to sabotage yourself. (Click the image below to see if you have the signs and symptoms of a self-sabotager)

If you find that you are a “self-sabotager” the following outlines an action plan for recovery.