Symptoms as Metaphors for Subconscious Conflicts

The subconscious mind is very symbolic and metaphorical. Many professional helpers see symptoms as metaphors…symbolic of the client’s internal experience. These are usually subconscious solutions to internal conflicts such as those outlined in the list of defense mechanisms below.

For example, when a person would like to do one thing, but instead can’t seem to help but do another, it indicates that there’s a conflict between the conscious mind and some part of the subconscious mind… In other words, part-of-me is aware that another part-of-me is doing something of which I don’t consciously approve… something that may even interfere with my goals or needs.

A good example of this is when I consciously determine that I’m going to lose weight and yet I repeatedly fail to stick to my nutritional plan (we don’t like the word “diet”)… I try and try to stick to the plan and feel very upset “with myself” for caving in again!

Another term for such internal conflicts is Cognitive Dissonance — Two cognition’s (elements of knowledge)… usually one conscious and the other subconscious… are in direct conflict with each other. The two opposing cognition’s are located on neural networks in the brain. They create anxiety that steadily intensifies until the subconscious mind employs a solution from its list of defense mechanisms. 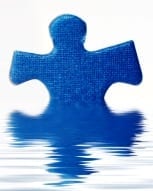