Marriage problems can be hard to sort out when emotions take over. When you finish reading this page…click over to Marriage Help for solutions to these problems. These twenty signs of marital problems are adapted to this website from John Bradshaw’s excellent 10-hour workshop on CD… Post-Romantic Stress Disorder. You can order the program and many of his other books, CD’s and DVD’s by clicking on this link: John Bradshaw.com


Signs of a Troubled or Toxic Relationship

Notice that it’s not the conflict, but the lack of resolution that causes marriage problems.

2. Accelerating power struggles with each partner believing they are better, and/or more “right” than their mate. Skirmishes continue with occasional major battles and ceasefires. 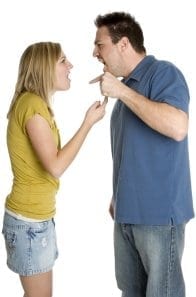 Treating each other like an enemy can only end in with a surrender or a temporary cease-fire. Your partner is supposed to be your best friend. When you treat your partner like an enemy they are likely to react like one…by defending, attacking, or withdrawing.

4. Hypersensitivity – because marriage problems are ongoing they become second nature, dropping into the subconscious mind as an implicit memory network — i.e., it becomes an automatic subconscious program & the defenses stay up for self-protection. When we get good at something it means that the neural network for that behavior has expanded…the human brain is compelled to continue to grow… so, we get better at everything we practice regularly – even networks of behavior that cause marriage problems.

KEY POINT: Remember the two methods for creating and developing a neural network – intensity and repetition. Marriage problems in the form of unresolved conflicts tend to become increasingly intense and repetitive… At some point fighting becomes the habitual way of relating to each other – the Steady State. 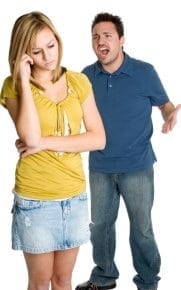 5. Misinterpretation – hypersensitivity and defensiveness is a marriage problem that leads to distortions in sending and receiving messages – i.e., communication breaks down and para-messages send signals of war.

6. Original emotional wounds get worse from ongoing shaming (name-calling & belittling) and abandonment (Threats of abandonment & walking out)…hurting the ones we love the most.

8. Bonded together by the “Terror of Aloneness” – We come back to, or stay in an unhappy relationship to avoid being alone – the Inner Child fear of abandonment…children can’t leave

9. The relationship is enmeshed, then disengaged – more abandonment…painful connectedness & separateness

10. Each partner is deficient in emotional literacy – unable to process feelings in a healthy way, they just give up trying and numb-out emotionally.

13. Triangulation occurs: for example, extramarital affairs or pulling a child into the relationship in order to avoid intimacy Dance of Externalization

15. Avoiding one’s partner by engaging in an addiction… includes working or playing excessively at the exclusion of the other…diversion of energy into other things that bring the illusion of relief – survival skills

16. Accelerating disdain of partner which leads to re-definition of the whole relationship.

17. Lack of shared interests or time together to be involved with each other.

18. Loss of awareness for the needs of the partner.

19. Lack of concern for the needs of the partner.